The Museum of St. Sigismund Feliński

Permanent exhibition titled “Non possumus” functioning as a museum, was established in space of a right wing of the General House of the Franciscan Sisters of the Family of Mary in Warsaw in the historic palace of Wojciech Bogusławski and introducing the unusual figure of saint archbishop Sigismund Szczęsny Feliński (1822-1895). The author of the creation of this innovative exposition was Mother Janina Kierstan, the general superior of the Congregation; scientific-historical development was granted by the postulator in the canonization process sister Teresa Antonietta Frącek, PhD. The project and realization was made by studio 7muz under the supervision of Eve Świder-Grobelna and the multimedia solutions by swiderfilm.pl.

We invite everyone to visit the exibition, which in the modern and multi-layered way is bringing closer the little-known figure of saint Zygmunt Szczęsny Feliński, who was the professor of Clerical Academy in Petersburg, Polish Roman Catholic bishop, archbishop of Warsaw in years 1862 – 1883, the permanent board member of the State of the Congress Kingdom of Poland established in 1815 at the Congress of Vienna from February 1862, the prisoner of the state and the exile, the saint of Roman Catholic Church. His attitude and everlasting virtues, both as the friend, the academic teacher, the writer, the patriot and the priest and the spiritual father are timeless.Its attitude and lasting qualities, both as friend, lecturers, writer, patriot and duszpasterza and spiritual father are timeless. Perseverance in retaining the national identity and participation in struggles for independence of the homeland, nobleness in the defence of other, charitable activity, as well as the concern for the spiritual development, are building guiding light in times for us contemporary, both for clergymen as well as secular.

Thanks to the contemporary materials, authorial installations and devices with multimedial presentations dedicated to the needs of the exhibition, the figure of the Saint became closer as well as his writing work and spiritual achievements and the influence on others on the road to the holiness. Along with the exhibition also a place of worship of the saint Archbishop was made available to visitors – in the chapel. 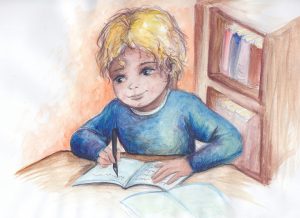 The created exhibition was directed to the wide group of both clerical and secular recipients, including disabled persons: beginning from the habitants of the capital and region, through pilgrims, and completing on foreign tourists. Descriptions and informations are given in Polish and English. Also the needs of youngest receivers – children were taken into consideration, to whom some multimedial solutions were directed.

At the exhibition among others a huge literary output of the Saint is being presented, among others with the exceptional valuable position of his “Memoires” which are characterized by great literary and cognitive advantages for researchers of history of the second half of the 19th century. Also his relations with the Polish intelligence in exile Paris are deserving the particular attention, especially his friendship with our national bard Juliusz Słowacki. 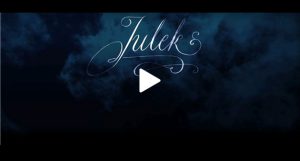 For this reason we hope on the board students’ interest in the exhibition, not only of Warsaw schools. A tragic period of the January uprising, that was on time of his ruling of the archidiocese, was also shown. Words of very hero of the exhibition were an inspiration, indomitable with pressures of the tsar and the expression “Non possumus”, taken over later by cardinal Stefan Wyszyński and cardinal Józef Glemp, writing about the rebellion and the exile as the road to the holiness. 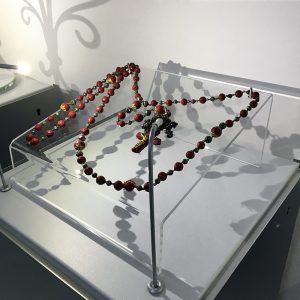 At the exhibition resources of the archive and historic exhibit items from the 19th century, souvenirs after Saint, being objects of the cult, as well as masterpieces of the decorative art were made available to see.

The arrangement of the space of the museum is covering presenting historical subjects and exhibit items with modern materials and contemporary media. Many various exhibition, multimedia and educational techniques were applied, according to current trends in the museology. The fixed exhibition about the Saint Archbishop Zygmunt Szczęsny Feliński was planned in the form of an accessibly giving historical contents, with the possibility of broadening one’s knowledge through the innovative multimedia solutions, at the highest artistic level.

The subject matter in a museum were decomposed on the road of sight-seeing in the arrangement forming an enfilade.